Kruisberg and the cycling wall 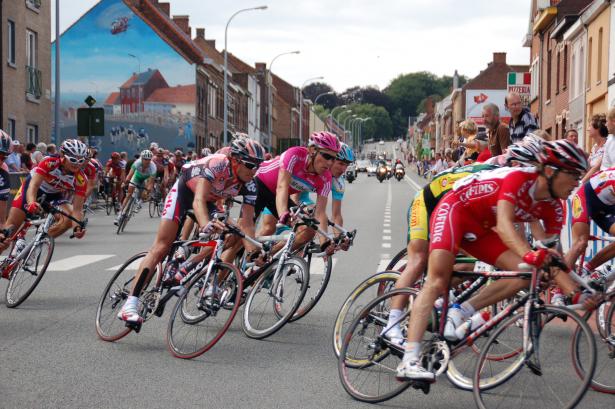 One of the most frequently featured inclines in the Tour of Flanders is the Kruisberg. A national cycling drama took place here in 1988. Claude Criquielion was driven into the crowd control barriers by Steve Bauer. Things also went wrong here a quarter of a century earlier. Benoni Beheyt defeated his own captain, Rik Van Looy, in the sprint at the 1963 World Cycling Championships. Both scenes are depicted on the cycling wall in Ronse.